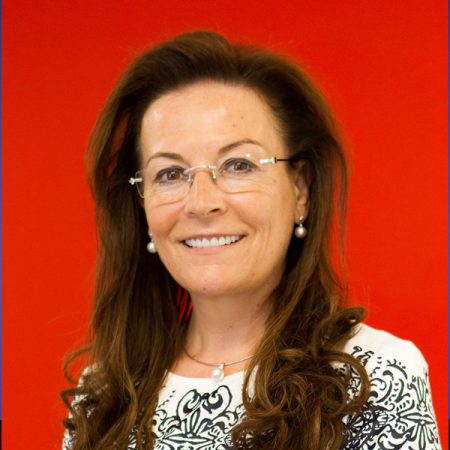 Emer is Co-Chair of the LACA - Lead the Change board.

In September 2021, Emer was appointed as a Global Senior Board Advisor to Korn Ferry.
Korn Ferry is a global organisational firm, enabling people and organisations to exceed their
potential. They deliver sustainable growth by solving the biggest people challenges. Their
clients are 25% more profitable than their peers. Emer was appointed as a Senior Advisory
to the Board and CEO Services practice at Korn Ferry. In this capacity, she will work closely
with the Practice solving for a range of talent opportunities and challenges for clients.
Appointed by the Vice Chairman, the practice is based out of New York globally.

In August 2021, Emer was appointed as a Non Executive Director for World Quantum
Growth Acquisition Corp. This is a Fintech SPAC, which recently listed on the New York
Stock Exchange. Focused on financial services and the financial technology sectors in the
US and EMEA. It is being led by Xavier Rolet KBE, recently CEO of CQS Fund and former
CEO of London Stock Exchange. Emer was appointed due to her experience in technology,
business and consumer expertise. She sits on Remco and Nomco committees.

In January 2021, Emer was appointed as Vice Chair of the “School of Business Advisory
Council” for Maynooth University, National University of Ireland. The primary purpose of the
Council is to advise the Head of School and the University on how the School of Business
can deepen its impact for students and industry.

In September 2019, Emer was appointed to Co-Chair the “Leaders as Change Agents”
board, a new UK Government-backed Board, which represents the Chairs and CEO’s of the
FTSE 350 and 150 of the largest privately owned businesses in the UK. The board provides
advice to the UK government, to help foster talent across the whole population and
workforce, promoting Equality, Diversity and Inclusion. Prior to this role, Emer was a
member of the Women’s Business Council for 6 years. This group was set up by the Home
Secretary to advise the UK Government on how women’s contribution to the growth of the
UK economy could be maximised.

In addition, since 2016, Emer has been an Ambassador for the Royal Marines Business
Liaison Group.

From 2017 to May 2020, Emer served as a Non-Executive Director of the FTSE 100 listed,
Flutter Entertaiment plc, where she was a member of the Audit, Remuneration and
Nomination Committees. She had the additional responsibility as the joint board lead for
Employee Engagement for the Group. Flutter Entertainment is the world’s leading sports
betting and gaming operator.

Previously, Emer was the Chief Marketing Officer (CMO) and President of Enterprise Sales
for Brightstar and was appointed in July 2016. As CMO, Emer led all aspects of marketing,
from branding through to customer execution. She also led the Customer-First Programmes,
where she delivered a significant increase in customer satisfaction globally. As President of
Enterprise Business, Emer led Brightstar’s strategic expansion into the Enterprise sector,
launching a new channel ‘Enterprise Managed Mobile’ focused on this fast-growing market
which offered a new transformational and market leading services portfolio, rather than a
traditional single product focus.

Prior to joining Brightstar, Emer was the first female President within British Telecom’s 175
history, having joined the group in 2006. She was responsible for BT’s £5 billion Global
Services UK and product business and its successful turnaround, from loss-making to
£445m in annual contribution. She held this role from August 2010 for 6 years, which
required significant change to restore it to market leader and profitability. Emer’s role was to
bring together a disparate group of people, with a complex matrix of systems, into one
seamless organisation which was focused on the customer. From from July 2015 she also
took on responsibility for strategic corporate deals for BT globally, from £50m to £1bn, and
for the strategic engagement with key customers and partners. Prior to these roles, she was
responsible for the successful integration of BT Group’s 31 global acquisitions and building
its £1b Professional Services business.

Emer is a STEM champion, encouraging girls to follow careers in these disciplines and she
is an advocate of technology apprenticeship and graduate programmes. Emer regularly
gives speeches on this topic and in 2016, had the honour to address the United Nations in
New York on behalf of the UK, at the Annual Women's Commission on the Status of Women
globally.

Emer proudly received the honour of OBE in Her Majesty the Queen birthday honours list in
October 2020 for services to “Women and Equality”.

In May 2017 she was honoured as one of the top 21 Leaders of the 21st Century, an honour
which pays tribute to those women and men who have made an outstanding impact on
gender equality around the globe. Emer was the only European woman to be recognised as
an honouree in 2017.

Emer has consistently demonstrated her ability to lead and maintain major customer
relationships for which she has received global and industry recognition over the last few
years. Her awards include: top places on the Financial Times and HERoes 100 Female
Champions of Women in Business list for the last three consecutive years, UK Woman of the
Year from the Women in IT Awards, the Stevie International Awards for both “Global Female
Business Executive of the Year” and Global Maverick of the Year; one of the Most Impactful

Throughout her career, Emer has been a champion for charity. She quite literally led from
the top in raising significant funds, abseiling 485 feet down the BT Tower in aid of the Royal
Marines and Sport Relief. Emer was the BT Global Services champion for the 2012
Olympics and a member of the BT Group 2012 Steering Board responsible for the corporate
customer engagement programme.

In her career, she has held global marketing, sales, operational retail and distribution
leadership roles at multi-billion-pound telecoms and professional services businesses for
more than 20 years. Her career started with Arthur Anderson, progressing to leadership
roles for global corporates including Energis, Digicel and Caudwell Group, working in
Europe, the Middle East, the Far East, the Americas and the Caribbean.

Emer achieved a degree in Maths and Economics from the National University of Ireland.